CarryMinati is mainly involved in creating Hindi-language diss rap songs, satirical parodies, dramatic reaction and comedy, apart from live gaming stream. Nagar and his team produce videos out of his home in Faridabad. Ajey Nagar born on 12 June 1999 (age 22) in Faridabad, Haryana India and aslo youth star known as CarryMinatii, who is an Indian YouTuber, streamer, especially known for his gameplay and product reviews. Carryminati is aslo known for his funny skits and dramatic reactions to all current online topics on his channel that is CarryMinati. Talking about the channel CarryMinati has another channel called  CarryisLive. For the fans of gaming around the world this channel is all dedicated to the gameplay which live streamed. Before becoming CarryMinati, he started his first YouTube channel in 2014, which is known to be addictedA1, where he began to post recorded gaming and reaction videos on that channel.

In 2015, he changed the channel's name to CarryDeol, uploading gameplay footage of Counter-Strike: Global Offensive while mimicking Sunny Deol. The channel was subsequently changed  name to CarryMinati. In May 2021, CarryMinati posted a statement which is  saying that "the channel had more than 30 million subscribers".

In 2017, CarryMinati made an another  YouTube channel said to be CarryIsLive, where he live-streamed himself playing video games and reaction. He has hosted live-streams on this channel and raising funds by donating his streamed income for the victims of cyclone Fani in Odisha in 2019 and also the flooding in Assam and Bihar in 2020.

In 2019, CarryMinati was listed at 10th position in the Next Generation Leaders in 2019 by the Time magazine, which was an annual list of the ten young people who where construct their innovative careers.
In April 2020, CarryMinati was the part of the 'Forbes 30 Under 30 Asia.'

CarryMinati is mainly involved in creating Hindi-language diss rap songs, satirical parodies, dramatic reaction and comedy, apart from live gaming stream.  Nagar and his team produce videos out of his home in Faridabad.

In May 2020, CarryMinati posted a controversial YouTube video which was named as "YouTube Vs TikTok–The End", in response to the video that was shared on Instagram by a TikTok user named  Amir Siddiqui who berated the YouTube creators for roasting and making fun of TikTok users. That video was taken down by the YouTube violations of their terms of service, and also based on the multiple complaints of the harassment and the cyberbullying. Massive amount of reports were being made by LGBTQ+ activitis and community, on which the account of homophobic or transphobic abusive language were said in that video. Many of CarryMinati fans were not happy with the  YouTube's actions, and the removal led to the several new current trending hashtags and also mentioning CarryMinati. Which later triggered several reactions from many social media influencers like Ashish Chanchlani and Bhuvan Bam.
As a result, that video received a several million views, and there was an unbelievable effort to review bomb TikTok at the Google Play Store. Other fans of CarryMinati spoke out in the favor of YouTube's decision to remove that video. In June 2020, CarryMinati uploaded his music video called "Yalgaar" as a loud response, with an renewed criticism of Siddiqui. 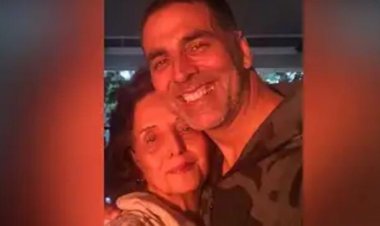