Hamas: What is this organization that is bent on destroying Israel?

Hamas is named after the Islamic Resistance Movement's Arabic initials. Palestine staged its first uprising in 1987 when opposition to the Israeli occupation of the West Bank and Gaza Strip began. That's where Hamas began. Hamas: What is this organization that is bent on destroying Israel?

Hamas is named after the Islamic Resistance Movement's Arabic initials. Palestine staged its first uprising in 1987 when opposition to the Israeli occupation of the West Bank and Gaza Strip began. That's where Hamas began.

Hamas is the largest extremist group in Palestine.

Hamas is named after the Islamic Resistance Movement's Arabic initials.

Palestine staged its first uprising in 1987 when opposition to the Israeli occupation of the West Bank and Gaza Strip began. That's where Hamas began.

The charter of the organization states that it is determined to destroy Israel.

When Hamas was started, it had two goals. The first is to take up arms against Israel. This was the responsibility of his Izz al-Din al-Qassam Brigade. Apart from this, another objective of this organization was to work for social welfare.

However, after 2005, Israel withdrew its troops and settlements from Gaza. Since then, Hamas has been involved in the Palestinian political process.

What exactly is the Jerusalem dispute between Israeli and Palestinian supporters?
The possibility of a civil war in Israel, the US envoy for mediation arrived in Tel Aviv
Hamas won elections in the Palestinian territories in 2006 and seized power the following year, ousting Gaza President Mahmoud Abbas's rival, Fatah.

Since then, these Gaza extremists have waged three wars with Israel. Israel, in cooperation with Egypt, has blockaded the Gaza Strip in order to pressure Hamas to stop its attacks.

Hamas, or at least their military group, is considered a terrorist organization by the United States, the European Union, Britain, and many other nations, including Israel.

Suicide bombings
After the first uprising, Hamas emerged as a major Palestinian group. The group opposed the 1990 Oslo peace talks between Israel and the Palestine Liberation Organization (PLO), which represents the majority of Palestinians.

Hamas bomb maker Yahya Ayyash was assassinated in December 1995. In response, Hamas carried out a series of suicide bombings in February and March 1996, killing at least 60 Israeli civilians.

The main reason for Israel's breach of the Oslo Accords was a suicide bombing, and Benjamin Netanyahu, a staunch opponent of the agreement, came to power the same year.

After the Oslo Accords,

At that time, Hamas started clinics and schools. Here the Palestinians were helped by the feeling that they were being deceived by the corrupt and incompetent Palestinian Authority, which is in the hands of the Fatah group.

Many nations praised Hamas's suicide attacks in the early days of the second uprising. They felt that the attacks were a step in the right direction to avenge the Israeli occupation of the West Bank, which the Palestinians consider their homeland.

In March and April 2004, Hamas spiritual leader Sheikh Ahmed Yassin and his successor, Abdul Aziz al-Rantisi, were killed in an Israeli missile strike.

In November of that year, Fatah leader Yasser Arafat died. Mahmoud Abbas, who believes that the Palestinian Authority's arch is being damaged by Hamas rocket attacks, has since taken over.

and especially after the failure of US President Bill Clinton's Camp David Summit in 2000, Israel launched an operation accusing it of supporting attacks on the Palestinian Authority.

Hamas won a landslide victory in the 2006 Palestinian general election. This was followed by a bitter conflict between Hamas and Fatah.

Hamas directly refused to sign all previous agreements with Palestine, to recognize Israel, and to end the violence.

The Hamas charter mentions historic Palestine. This includes today's Israel, and all of this territory is called Islamic. It also said it would not sign any permanent peace agreement with the Jewish state.

In 2017, Hamas issued a new policy. Their role in this seems a bit softer than before. There is also a little restraint in language.

The new policy does not recognize Israel. However, it has formally accepted the establishment of a temporary Palestinian state in the Gaza Strip, the West Bank and Jerusalem, in the same condition as it was before 1967.

It emphasizes that Hamas's fight is not against Jews, but against "occupying Jewish aggressors."

Reacting to this, Israel has said that Hamas is "just trying to fool the world."

As a result, Israel and its Western allies imposed severe economic and political sanctions on the new Hamas government.

Israel imposed a blockade on Gaza in 2007 after Hamas withdrew its pro-Fatah forces. This was followed by rocket attacks on Palestine and air strikes on Israel.

Israel blames Hamas for the attack on Gaza and has carried out three military operations there. Then there was the war on the border.

In December 2008, Israeli forces launched Operation Cast Lead to thwart rocket attacks. More than 1,300 Palestinians and 12 Israelis were killed in the 22-day conflict.

In November 2012, Israel once again launched Operation Pillar. The operation began with an air strike. Ahmed Jabari, commander of the Qassam Brigade, was targeted in the attack. 170 Palestinian civilians were killed in the 8-day fighting. Most of them were ordinary Palestinian citizens. Seven Israelis were also killed.

After both battles, Hamas's strength waned. However, his popularity among Palestinian citizens grew even more.

In mid-June 2014, Israel arrested several Hamas members in the West Bank while investigating the murder of three Israeli youths, and this was followed by renewed rocket attacks from the Gaza Strip.

In July, Hamas admitted to launching a rocket attack on Israel for the first time in two years.

The next day, Israeli forces launched Operation Protective Edge. At least 2,251 Palestinians were killed in the 50-day war. It had 1462 ordinary citizens.

67 Israeli soldiers and 6 civilians were killed.

Violent clashes have been raging on both sides since 2014. However, a ceasefire brokered by Egypt, Qatar and the United Nations never led to war.

Despite pressure from the blockade, Hamas has retained power in Gaza. Not only that, but they are also working on how to make our rocket stock more and more prosperous.

Attempts to reconcile with Fateh have also proved futile.

In all these circumstances, the situation of the Palestinians living in Gaza is getting worse and worse. The economy is stagnant. There is also a shortage of electricity, water and medicine. 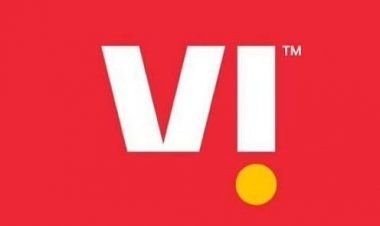