Mucormycosis | 20 victims of mucomycosis in Pune, how many patients in which district?

Mucomycosis, which is as deadly as coronavirus, is spreading rapidly across the state. (Maharashtra State Mucormycosis Patients) Mucormycosis | 20 victims of mucomycosis in Pune, how many patients in which district?

Mucomycosis, which is as deadly as coronavirus, is spreading rapidly across the state. (Maharashtra State Mucormycosis Patients)

Mumbai: On the one hand, the incidence of corona patients is increasing in the state, on the other hand, the risk of mucormycosis is increasing day by day. Mucomycosis, which is as deadly as coronavirus, is spreading rapidly across the state. Although the disease is rare, it is endemic in many cities across the state. So the administration has been cautious. (Maharashtra State Mucormycosis Patients)

Symptoms of ‘mucormycosis’ are seen in corona-free patients in the state. Many of them have recovered from corona disease. But patients with post-coronary diabetes have a weakened immune system. This causes black fungus to form in the sinuses, the bone cavity of the patient's upper jaw and upper jaw. These are the symptoms of myocardial infarction. Therefore, the risk among patients is increasing.

Where in the state, how many mucomycosis patients?

20 killed in Pune due to mucorrhoea

In Pune district, 20 people have died of mycorrhizal mycosis so far. A total of 353 mucomycosis patients have been found in Pune. So far 11 deaths have been reported in Pune city limits. Fortunately 212 patients have been discharged from mucormycosis. In Pune, 115 people are currently undergoing treatment.

34 patients with mucorrhoea in Wardha

In Sangli district, corona is followed by mucormycosis. Of these, 61 have mucorrhoea. 43 of them are being treated in the intensive care unit.

Infection of 33 patients with mucomycosis in the burn

The risk of mucormycosis is also increasing in Nagpur. Nagpur Medical College has so far registered 53 patients. Of these, 18 patients have undergone successful surgery.

92 patients with mucormycosis in Nanded

In Nanded, 92 patients were diagnosed with mucorrhoea. 16 of them have been betrayed. In particular, 50 people have been cured of the disease. This includes patients from Nanded, Hingoli, Parbhani and Yavatmal districts.

61 Patients of Mucormycosis in Ahmednagar

What is mycorrhizal mycosis?

Mucormycosis is a rare fungal infection, also called zygomycosis. It reduces the ability to fight disease and germs. Citizens with diabetes are more likely to get the disease after coronation. With timely treatment, the disease can be cured quickly. Symptoms include swelling on one side of the mouth, headache, sinus congestion, and fever in the upper part of the mouth.

Myocardial infarction is not a new disease. But in the absence of Corona, I used to see a case every year or two. This was seen all over the country.

This difference is visible between the two waves. The first corona wave was not very patient, but the second wave showed astonishing proportions. (Maharashtra State Mucormycosis Patients)

Coronavirus: ‘Meat does not cause coronavirus; Just cook the food properly

Black Fungus Mucormycosis Symptoms: What are the symptoms... The city of dreams is in the grip of Mumbai drugs. Rana (Randeep Hooda) is the king... Some changes have been made in the new website of the Income Tax Department to make... 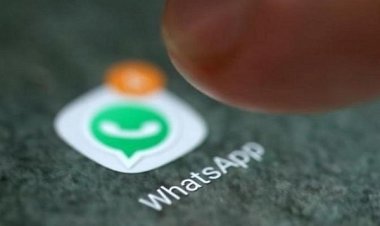