Today is the birthday of Bollywood superstar Sanjay Dutt. Today i.e. on July 29, Sanjay Dutt will turn 62 years old. Bollywood superstar "Sanjay Dutt", popularly known as Sanju Baba, Munna Bhai and Khalnayak, is known for his excellent acting in the Hindi cinema world. Sanjay Dutt, who started his career as a hero with Rocky (1981), has given many superhit films in his long journey. The audience liked him in every character. Some of his films have left a deep impression on the hearts of the people. In which Sadak, Khalnayak, Naam, Saajan, Vaastav, Munna Bhai MBBS, Lage Raho Munna Bhai, Agneepath are prominent, as well as the biopic film Sanju, made on his life in 2018, created many records at the box office. Sanjay Dutt was born on 29 July 1959, in Mumbai to great actresses Nargis Dutt and Sunil Dutt.(Sanjay dutt birthday)

Venus, the factor of art, is sitting in the 10th house, due to which it connects them with the field of art and gives them special talent of acting. Venus is sitting in the house of its enemy (Sun) along with Mars which has put them in love relations. Due to the central Venus, Sanjay Dutt always remained in the headlines for his style. In the 90s, Sanjay Dutt remained in a lot of discussion about his long hair and sometimes about expensive watches and expensive vehicles.
Jupiter being in the 12th house through Libra sign creates an inauspicious yoga which creates all the possibilities to implicate a person in court-court, jail, litigation. Jupiter is doing the same thing in Sanjay Dutt's horoscope. Sanjay Dutt saw a lot of ups and downs in life from 1998 to 2014 in the Mahadasha of Guru.
Rahu sitting in the 11th house in its Mahadasha and Antardasha gives various kinds of bondage and death-like suffering in family, economic and social life. His mother had died in Rahu's Mahadasha and Guru's Mahadasha and Rahu's difference was in 2013 when Sanju Baba was sentenced to death by the Supreme Court justifying the TADA court's decision.(Sanjay dutt birthday)

Retrograde Saturn in Sagittarius is situated in the second house of the horoscope. According to the Mahadasha of Shani which will affect his life from 2014 to 2033. In which they may have to face some problem in health and government sector. If we talk about health, then they have to take special care of problems related to nerves and stomach. Along with Jupiter, retrograde Shani and Rahu played a big role in Sanju Baba's life. The "Buddha Aditya Yoga" located in the house of fortune not only gave property in inheritance but also made him a hero from 'villain' in real life and also got public support.

At present, the Antardasha of Venus is going on in the Mahadasha of Saturn which will be effective till 2024. In which Sanju Baba will set new flags of success with his art and hard work. Controlling Sanju Baba's emotional tendency more than necessary will be very fruitful. Also donating black things for retrograde Saturn will be beneficial. Hope Sanju Baba's upcoming year is golden and his upcoming movies like Bhuj, Shamshera, KGF Chapter 2, Prithviraj etc are successful at the box office. Also may God bless them with long life.(Sanjay dutt birthday) 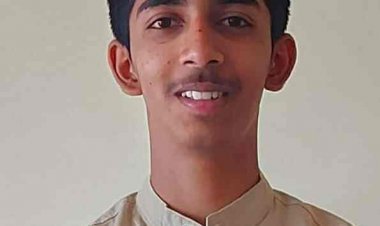